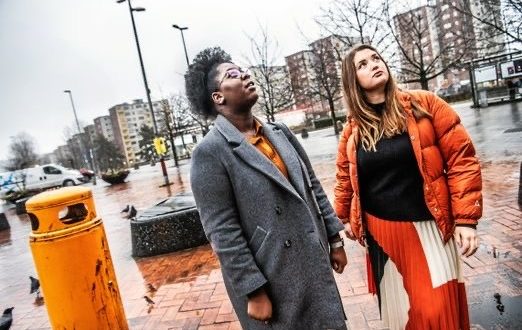 It is well known that Sweden’s approach on combating the covid-19 virus has been significantly different from the approach most other European countries have taken. Some are arguing that the Swedish course of action is irresponsible, others believe in the Swedish strategy.

What has been widely debated in Sweden is the failure of preventing the virus to spread to and on the retirement homes, arguing that Sweden has failed to take care of its eldery. Others mean that the economic consequences of Corona will have worse effects than the virus itself, referring to negative outcomes such as unemployment. But, what about the children? What measures have been taken for their safety? How has it affected their everyday life and their access to public spaces?

What measures have you put in place to guarantee the safe use of public parks and gardens?

First of all, there have not been any specific rules or restrictions regarding the parks and the playgrounds within the municipality, according to Pardip Shingru and Parvaneh Sherafi. The measures that have been taken in the municipality have rather arisen in connection with other efforts and needs. Botkyrka has followed the regional and national directives and has adapted to the current situation, recommendations and introduced restrictions or rules.

Since March, the municipality has moved into a particular crisis mode where administrative management and other support functions have been involved in the adaptations jointly from a municipal perspective, says Pardip Singhru.

What measures have been taken for the safety of children?

Pardip Shingru and Parvaneh Sherfai tell us that when the area analyses were coordinated, the strategy for the area became more obvious than under normal circumstances. Current situation allowed to better follow the differences based on local conditions and needs became central in the analysis. Within these measures, focus has been on the risk of infection and disease control, to safeguard children’s living conditions, as well as to make the children feel safe and reduce social anxiety.

On the basis of these analysis, efforts have been put in place. For example, extended outdoor field activities during the crisis period to support the local community and to support those activities that can stay open during the crisis. Also, a working group has been established that deals with issues concerning extra-vulnerable families and children from an economic or social perspective which has been coordinated with education, social, and culture and leisure services.

How has the public spaces been used during the pandemic? And how have accompanying adults behaved?

Regarding the parks, playgrounds and gardens, we initially saw a significantly decreased movement of people when the first restrictions were implemented. Subsequently, movement and utilization of the outdoor environment have gradually increased, mainly by children and young people as they have continued to go to school during the pandemic. Over time, and when the spring heat wave came, associations and other leisure organisations have started to use the parks as well.

In parallel, leisure centers and clubs, together with other open activities such as cultural activities have followed and adapted their activities based on the location and prevailing restrictions. Once outdoor activities were approved, many felt more confident again, and in Botkyrka municipality the public environments have been used as a meeting place for gathering and activity.

What measures has the municipality taken for the near future?
Before and during the summer, we expect that movement and utilization will increase. Based on the prevailing situation, we have worked to increase communication and signage but also on a greater planning for summer activities adapted to the expected extended holiday at home. These activities are planned to be conducted outdoors and will provide, among other things, alternative contexts for several children and young people.

Have your municipality’s safety choices been taken in consultation with other municipal departments, and/or with third-sector or active citizenry organizations?
The summer planning has been coordinated together with several parts of the organization, and together with civil society (including summer school and trainee programs). In conjunction with this, routines and guidelines have been developed for these activities to help organizers ensure that the recommendations and restrictions from the public health authority are followed up. In addition to this, an increased use of our parks and municipal equipment has been a part of the risk assessment for the summer. Therefore, we need to have a particularly close collaboration with our technical management for maintenance and equipment.

Victoria Escobar, based on your experience, do you have any advice for the future to share?

I believe that the municipality has done its best to deal with the situation brought on by Covid-19. The municipal operations have adapted their accessibility to show that despite the crisis, the municipality is available for both children and young people. However, this would have been impossible without the efforts of civil society. A number of non-profit organizations and forces have set up digital activities for children and young people, dissemination of information in different languages ​​and buying help for at-risk groups run by young people. It is during crises that we are reminded that we need to find common solutions to extinguish fires.

What if civil society had been invited to earlier dialogues that talked about development opportunities rather than mostly related to “What organization can help bring down recruitments to criminal activity as it increased during Covid-19?” Earlier dialogues would have contributed to long-term solutions that could go beyond supporting the civilian crisis that followed, says Victoria Escobar.